2019 - Larry Gladney at Science on Saturdays

Join us on March 2nd to hear Prof. Larry Gladney talk about “”

Time: Demonstrations by Synapse of Yale Scientific Magazine from 10am - 11am; Talk from 11am - noon. 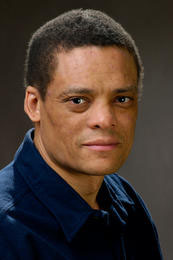 Dr. Gladney joined the Penn faculty as an assistant professor of physics in 1988, after pursuing postdoctoral studies at the University between 1985 and 1988. In 1993, he was promoted to the position of associate professor in the Department of Physics and Astronomy and in 2005 to the position of Full Professor. From 2003 to 2004, he served as a visiting scholar at the Lawrence Berkeley National Laboratory.

He is the recipient of the 1997 Edward A. Bouchet Award from the American Physical Society, the 1997 Martin Luther King, Jr. Lecturer Award from Wayne State University, the 1994 Outstanding Community Service Award from the Black Graduate and Professional Students Association, and the 1990 Lilly Teaching Fellowship. From 1989 to 1994, he was a National Science Foundation Presidential Young Investigator.

Dr. Gladney was also the Director and Principal Investigator of the Penn Science Teacher Institute from 2008 to 2012 and Chair of the Faculty Senate.