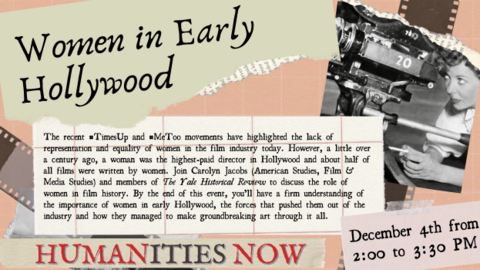 The recent #TimesUp and #MeToo movements have highlighted the lack of representation and equality of women in the film industry today. However, a little over a century ago, a woman was the highest-paid director in Hollywood and about half of all films were written by women. Join Carolyn Jacobs (American Studies, Film and Media Studies) and members of The Yale Historical Review to discuss the role of women in film history. By the end of this event, you’ll have a firm understanding of the importance of women in early Hollywood, the forces that pushed them out of the industry, and how they managed to make groundbreaking art through it all.